The train is northbound leaving the Katy Railroad (MKT) having just crossed the MKT Red River bridge between Oklahoma and Texas (the bridge is behind the photographer with U.S. 75/69 running under the head end of the train).

The Red River MKT bridge was used by the MP in addition to the MKT and Frisco. Immediately after crossing the Katy bridge southbound, the Frisco went south (left) at MKT junction and began climbing a hill into Dennison, Texas. Judging from the shadows it appears that this is Train #430 which was due at Staley at 11:35 AM. Staley is the junction where the Frisco joined the Katy on the north side of the Red River.

Special thanks to Terry Jankowski and Greg Stout. 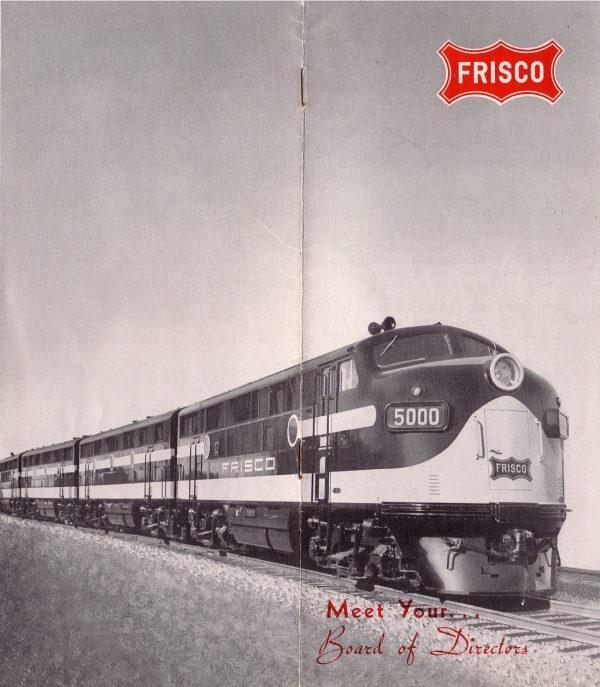